Escape a bizarre world by rotating the universe. Use portals, physics, time, and clones as floors become walls, walls become ceilings, left becomes down, and right becomes up. You manipulate time and space at will, but do you have the mind to solve the warped reality that imprisons you?

Play the 2D platformer puzzle game inspired by Portal which started off as a popular little jam entry and has since blossomed into the 30 level reality-defying monstrosity that it has become. All levels are carefully handcrafted (not randomly generated) to challenge even the most seasoned puzzle platformer fan's understanding of physics, time, and space.

No one escapes the Continuum unscathed.

Available July 31st 2018 on Steam and Xbox One. Single player. Supports both keyboard and controller (recommended). 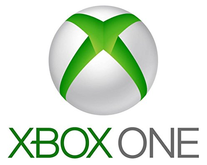 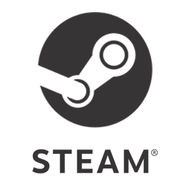 * Added The Dwaggienite Trials game mode - 4 new levels designed by Luke Burgess, built and optimized by Jamie Holub.
* Significant visual improvements - Added parallax layers to the foreground, better portal effects, and a character idle animation.
* New soundtrack track.
* Removed a lot of spikes from level 8 to bring the difficulty more in sync with levels 7 and 9.
* Made it so you can't rotate the environment while panning the camera - this was never intended to be possible and caused glitches.

* Modest visual improvements - Added another parallax layer to the background.
* Linked portals now glow matching colors so you can see they're connected - after you go through them.
* Clones have a slightly off-white hue now so you can tell they're the clones.
* Made it so you can zoom out a bit more on all levels.
* Modified the geometry on level 29 slightly to prevent the small box from getting trapped with the exit orb.
* Fixed the hitboxes for the spikes on level 27 so they don't stab you through the wall.
* Adjusted the hitboxes for the T and L blocks on level 30 so they're less annoying to fit into the necessary slots.
* Added an extra cyan door to level 30 to prevent the long beam from interfering with the T & L block parts.
* Corrected a bug in the door switch code which caused inactive switches to sometimes open doors when they shouldn't.
* Modified the geometry in the level 15 platforming section to make it a bit less awkward to traverse.
* Replaced a few of the level thumbnail images that were dated.
* Corrected a few in-game speedrunner achievement times which were inaccurate (apologies for that!).
* Added bright purple lettering to the options menu to show the bumpers rotate with inverted directions.
* Fixed the strange "darkness bug" that showed up in the background of level 30.
* Toned down the look of the no-rotate areas a bit to be less visually jarring.

* Added a zooming feature, bound to the D pad (home and end on PC keyboard)
* Added an on-screen speedrunner timer, bound to right on the D pad (page down on the PC keyboard).
* Added more time to each of the speedrunner achievement times (all platforms).
* Added a quick level restart feature, bound to Y on the controller (R on the PC keyboard).
* Hopefully fixed the spacing of the timers shown on the "level complete" screen for resolutions greater than 1080p. I say hopefully because I don't own a display greater than 1080p at the moment to definitively test with. But I changed how the on-screen spacing works so that it should scale consistently with the resolution now.
* Modified level 15 to make it so you can no longer get stuck and need to restart the level.
* Modified a key section of geometry on level 14 to make it less awkward to get to the box behind the red door.
* Tweaked how the Completionist achievement is tested for, to eliminate the need to log out and log back in to unlock it after getting the last achievement.
* Added the ability to use the D pad on the main menu and pause menu, and made it so you can just hold the button down to scroll.
* Corrected a situation on level 8 where you couldn't use the small box to hit the blue switch on the larger moving box.